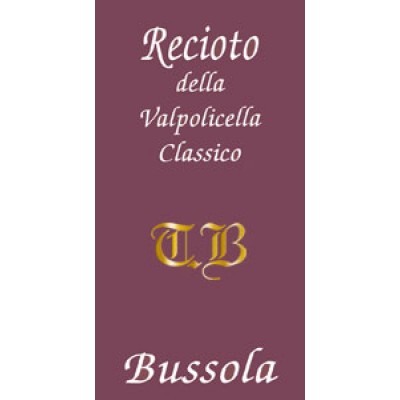 The story of Tommaso Bussola arises from the land of Valpolicella - a land of harmony and beauty, of ancient tradition. The first chapter opens in 1977, the year Tommaso began working in the small wine estate of his uncle Giuseppe.
The characteristics of his personality, which were to have such an influence on his eventual wine production, were evident from the start, and leave no doubts at all.
We are speaking of passion and of skill, of an "inborn enthusiasm" and of that inexhaustible energy which manifests itself from time to time in, for example, the satisfied look of a taster, in the positive appreciation of the public, thanks to the knowing recognition of one who knows how to infer, in a glass of wine, all the sacrifice and dedication that has gone into producing it.
In 1983 Tommaso, with his first solo vinification, chose to take up another challenge: that of constantly improving the quality of the product. Tommaso's adventure did not stop, and the construction of the new winery, in years 1992/3, coincided with the introduction of barriques, in which the wines can complete the fermentation in a constantly improving process.
The new wines were baptised with the label "TB" (Tommaso Bussola). The story continues...

The 2004 Recioto della Valpolicella Classico TB is superb. This finessed, regal Recioto flows with the essence of crushed flowers, dark fruit, minerals, spices and leather, all of which are framed by silky tannins. Although the wine packs significant punch it also remains incredibly light on its feet and impeccably balanced even though it is one of the more overtly sweet Reciotos readers are likely to come across. The wine can be enjoyed today, but it will only improve over the coming years. A recent bottle of the 1997 was in great shape... - The Wine Advocate (2004 vintage)
The Wine Advocate: 95/100 (2004 vintage)