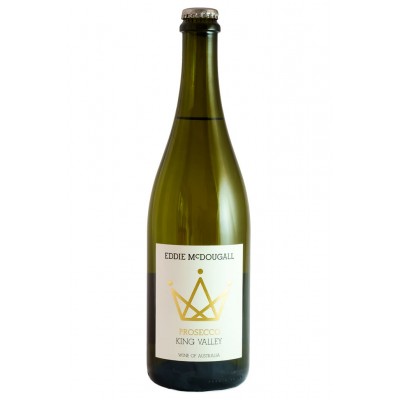 Eddie McDougall Wines released its first vintage in 2007 from grapes grown in Bannockburn, Victoria. Since then, Eddie McDougall and his winemaking team have steadily expanded their portfolio of grape growers allowing them access to some of Australia’s best regions such as Margaret River and the King Valley. With a unique focus of producing both classical and alternative wine styles, the winemaking team is given every opportunity to be creative whilst striving to produce international award-winning wines. To recognize the region where he produces most of his wines, Eddie McDougall decided the most suitable logo for his wines made there would be a gold foil crown. Eddie is not claiming to be the king but he wants the world to know something about the prestige of the region where his wines hail from. Being proud of King Valley, and excited by its Italian heritage, Eddie continues to source grapes from top growers in the region in order to produce wines that are genuinely approachable and definitive of the region’s varietals.